"Nothing endures except change"' Heraclitus[1]

Nature, humankind, relationships: everything evolves, driven by a life force, to adapt, transform and grow. From a Teal perspective, organizations are viewed as an independent energy field with a purpose that transcends its stakeholders. In this paradigm, we don’t own or run the organization; instead we are stewards, listening to where it needs to go and helping it to do its work in the world.. 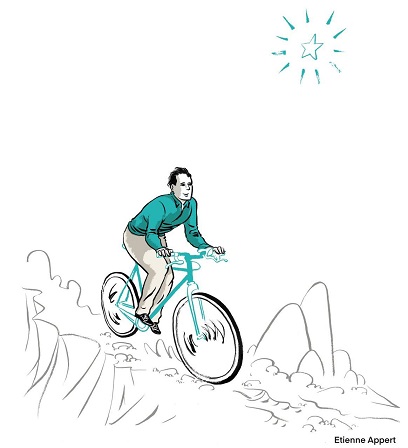 "Like any living system, every organization co-evolves. Its character and capabilities emerge as it plays with possibilities. It messes about with others until a workable system appears. This system has abilities and beliefs no one planned. It accomplishes work in ways no one designed. It has relationships no one mandated. While we worry about designs and structures, tweak procedures and rules, insist on compliance and control, we never succeed in creating an organization by these activities. Organization wants to happen. Human organizations emerge from processes that can be comprehended but never controlled." A Simpler Way, Margaret J. Wheatley and Myron Kellner-Rogers[2]

What is the “purpose” of an organization? While many modern organizations have “mission statements”, these statements often ring hollow, do not actually guide decision-making and in fact are often altogether unknown to employees. Rather than collective purpose, behavior in most organizations is driven by a desire for self-preservation. The fear-based nature of the ego in Red, Amber, and Orange predisposes leaders and employees to see the world as a dangerous place with competitors everywhere trying to steal their lunch. The only way to ensure survival is to seize every opportunity to make more profit and to gain market share at the expense of competitors. In the heat of the battle, who has time to think about purpose? Sadly, this fear-based fixation on competition plays out even when the self-preservation of the organization is not in doubt. In organizations that are somewhat shielded from competition (for example the military, public schools, and government agencies), the fearful ego still seeks safety, this time in internal competition; managers fight for the self-preservation of their units in turf wars with other units, to secure more funding, talent, or recognition. With the transition to Evolutionary-Teal, people learn to tame the fears of their egos. This process makes room for exploring deeper questions of meaning and purpose, both individually and collectively: What is my calling? What is truly worth achieving? Survival is no longer a fixation for Teal Organizations. Instead, the founding purpose truly matters.[3]

In a Teal organization, the ego driven desire for self-preservation is replaced by a powerful drive to do work that has meaning and purpose. The concept of ‘being the best’ becomes a hollow aim unless the organization is doing something worthy of the energy, talents and creativity of the people who work there. The Teal paradigm accepts that each organization has its own identity, life force and calling. Brian Robertson, the founder of Holacracy, uses the term evolutionary purpose to indicate that organizations, just like individuals, have a calling and an evolutionary energy to move toward that calling:

What is the organization’s identity? And what does it want? … The metaphor is like the parent-child journey: … we recognize our child has its own identity and its own path and its own purpose. And just because I might be really excited at the idea of my child being a doctor, that doesn’t mean I get to project that on my child. There is a harmful, co-dependent process when I do that. We’ve learned as parents that the healthy parent’s journey is a differentiation process, and ironically that differentiation of parent and child allows each to have their own autonomy and identity more fully, which then allows a more conscious integration where we are in relationship and interconnect, but it’s a relation of peers, of equals. … It’s us humans that can tune into the organization’s evolutionary purpose; but the key is about separating identity and figuring out “What is this organization’s calling?” Not “What do we want to use this organization to do, as property?” but rather “What is this life, this living system’s creative potential?” That’s what we mean by evolutionary purpose: the deepest creative potential to bring something new to life, to contribute something energetically, valuably to the world. … It’s that creative impulse or potential that we want to tune into, independent from what we want ourselves.[4]

The evolutionary purpose is not the same as a vision statement. A vision statement usually reflects the ego-driven state of consciousness of the management team, who decide what they want the organization to be.

The evolutionary purpose of a Teal organization reflects the deeper reason the organization exists. It relates to the difference it wants to make in the community it operates in, as well as in the marketplace it serves. It is not concerned with competition or outperforming others; it is serving the ‘greater good’ that matters. Some examples are:

For Teal organizations, this transition to evolutionary purpose has profound implications for how they view such fundamental concepts as competition, growth and profit. While Orange organizations seem to be obsessed with beating the competition (as exemplified by the title of the ex-CEO of General Electric, Jack Welch’s. book, Winning), Teal organizations seem to lose the very notion of competition. Since the Teal organization truly lives for its purpose, anyone that can help to achieve that purpose is viewed as an ally, not a competitor. For an example of this in practice, see “Concrete Examples for Inspiration - Buurtzorg” below.

Growth, in the same vein, is only an objective insofar as the purpose can be manifested on a larger scale, but never an objective in itself. Buurtzorg, for example, actively helps patients build a network of support with their families, friends, and neighbors. It basically tries to make itself irrelevant in patients’ lives as quickly as possible, which it does very successfully: a 2009 study showed that Buurtzorg’s patients get released from care twice as fast as competitors’ clients, and they end up claiming only 50 percent of the prescribed hours of care. Buurtzorg’s core strategy— helping patients become healthy and autonomous— in fact comes down to pursuing less growth, not more. Similarly, Patagonia is famous for having run full-page ads reading, “Don’t buy this jacket.” The ads were part of its “Common Threads Partnership.” Patagonia reckons that many of us in the developed world have enough clothes in our closets to keep us warm for a lifetime. And yet we keep buying new clothes, which are environmentally harmful to produce and will end up in a landfill. The Common Threads Partnership takes a serious stab at reducing (making clothes that last longer), repairing (Patagonia repairs clothes for its customers), reusing (the company resells your used clothes on eBay or in their stores’ Worn Wear section), and recycling (you can return your old clothes to Patagonia and they recycle them). Will this initiative harm Patagonia’s growth in the short term? Yes. Every repaired and every reused jacket is one less jacket bought. Will it increase its growth in the long term, through higher customer loyalty? Perhaps. But Patagonia’s decision wasn’t driven by forecasts and financials. The company chose the path its purpose called for.[8]

The notion of profit changes fundamentally in Teal as well. Increasing shareholder value has become the dominant perspective of Orange Organizations. It states that corporations have one overriding duty: to maximize profits. In many countries, this perspective is legally binding; management can be sued for decisions that jeopardize profitability. Under the spell of shareholder value, public companies focus relentlessly on the bottom line. Teal for-profit organizations have a different perspective on profit. Profit is necessary and investors deserve a fair return, but the objective is purpose, not profit. Teal founders often use the same metaphor: profit is like the air we breathe. We need air to live, but we don’t live to breathe. Tami Simon, the CEO of Sounds True, gives the definition of a business’s purpose: “We have this idea about business— everything we do has to help us make more money, be more productive or whatever. But that’s not my view of business. My view of business is that we are coming together as a community to fill a human need and actualize our lives”.[9]

In Teal Organizations, profits are a byproduct of a job well done. Philosopher Viktor Frankl captures this well: “Success, like happiness, cannot be pursued; it must ensue, and it only does so as the unintended side -effect of one’s personal dedication to a cause greater than oneself.”[10]

The purpose of a Teal organization is rarely static – thus the term “Evolutionary Purpose”. It will evolve over time, as the organization itself grows and adapts. For example, Buurtzorg, the Dutch homecare organization, was set up to "help sick and elderly patients live a more autonomous and meaningful life."[11] Its activities have grown beyond looking after the elderly, and it now focuses on helping "patients become healthy and autonomous".

Individual and organizational purpose go hand in hand. One needs the other to flourish. When the individual and organizational purpose enter into resonance and reinforce each other, extraordinary things can happen. When work meets vocation — an encounter that theologian Frederick Buechner described as “the place where your deep gladness meets the world’s deep hunger”— then members of an organization can pour their heart and soul into their work. They are fulfilled as human beings, not as productive units. At the same time, the organization's evolutionary purpose is furthered and allowed to grow.